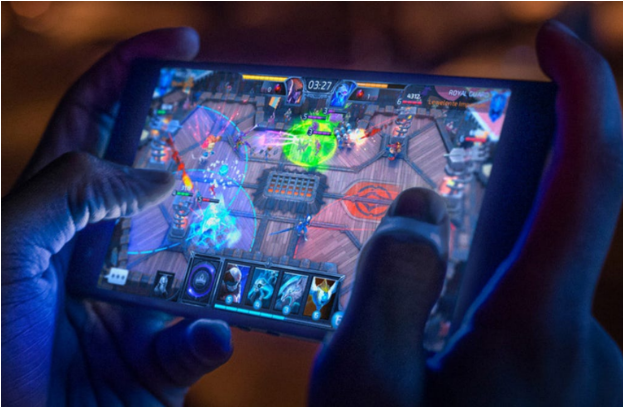 As is known to gamers, emulators are an integral part of the development of the mobile gaming market. The year of 2020 saw China boasted 130 million emulator users, indicating that the emulator market has become a relatively mature market with large scale, mature technology, and excellent product experience. At the same time, the time used to play mobile games globally also provides a strong driving force to enable continued growth in this sector.

On the other hand, emulators have attracted a large number of core users in the mobile gaming market and are still attracting new young users. Amid the fact that more Chinese mobile games seek business enhancement across the world, MAUs in the overseas emulator industry have exceeded more than 100 million.

It is predicted that the market penetration will continue to rise, exerting an impact on more gamers and developers, so as to meet demands. The cloud-based technology is adopted to build a comprehensive cultural and entertainment platform. While serving users and developers, it will also become an essential force in helping cultural products spread globally.

Take China’s emulators market for example. Amidst the backdrop of high growth in China’s mobile gaming market, the year-on-year growth rate picks up to 36.5% in 2020 while the penetration rate of about 19%. Looking back, the development of the game market is the primary factor influencing the development of the emulator market. As product upgrades and cloud gaming emerges, it is expected to enjoy high growth in the industry again.

Unlike products in 2015, the emulator market has come to fiercer competition. In addition to the BlueStacks, the top-ranked emulators are Chinese emulators, including Tencent’s Gameloop, NetEase’s MuMu, LD Player, and Nox Player. These emulators utilize their own unique advantages to consolidate the ranking in this sector. As to the category, sandbox, MMO, MOBA, and cards are the main categories with high user penetration.

As a whole, emulators have become an important channel to allow the market to be well-developed, and promising. Game players and publishers can pay more attention to the development trend in this sector in the following days.

35.7% of users use emulators every day, and 29% of them use emulators to play games 3-5 days a week. Among these users, 56% of users spend more than 3 hours per day. Even for the common users, just 12.8% of users spend less than 1 hour playing with emulators. Generally speaking, users are willing to pay for the service brought by emulators. According to the research data, the percentage of paid users is as high as 61.9%, and nearly half of the users pay more than $200 per year.

India, Brazil, and the US rank in the Top 3 in terms of traffic followed by Vietnam, Indonesia, Russia, Thailand, South Korea, the Philippines, and Turkish Den. Although India itself has less than 10% penetration of PC internet users, it still accounts for the largest share of traffic for both demographic and industry reasons. Due to the lack of advanced mobile hardware, emulators are one of the most convenient ways for Indian users to access the latest high-quality mobile games. In general, the purchasing power of PC netizens in non-developed regions is generally stronger than that of mobile netizens. As such, emulators are an effective channel to reach high-net-worth players.

It should be noted that more than 70% of users have used other entertainment applications on emulators, covering social apps, live-streaming apps, and video apps. In this sense, users consider the emulator as a game tool as well as a platform to meet their different entertainment needs.

In conclusion, emulators play a significant part in promoting games developed by the Chinese. A variety of opportunities await players in this sector as to market, product, and development trends. And there are some challenges needed to overcome as well. Only by focusing on the needs of users and developers, constantly optimizing products, exploring broader market potentials, and more diversified content services, can emulators continue to drive the development of the gaming industry and even the cultural and entertainment sector.

Target Apple Watch Series 7 Review – Is It Worthful Or Not?