Metal casting is the process of melting metal before pouring it onto a cast to form a solid shape. Cast metals are immensely strong and metallurgically pure, being used for the creation of hard-wearing objects. Human beings have been casting metals for thousands of years. Copper was one of the first metals to be regularly cast due to its low melting point, hardy nature and the ease with which it can be mixed with lead to improve fluidity when molten.

Huge amounts of metal are cast all over the world. In the United States, more than 90 percent of all manufactured goods contain cast metal components. The metal casting industry is one of the biggest recyclers in the world – saving huge quantities of scrap metal from being sent to landfill.

This article is a guide to some of the most important terms used in the metal casting industry.

In order to cast metal, it needs to be melted. This is the role of the furnace, which heats metal to immensely high temperatures and allows impurities to separate. There are three main kinds of furnaces used to melt metal before it is cast. Most highly industrialized foundries have exchanged their open hearth and cupola furnaces for induction furnaces.

An induction melting furnace uses eddy currents to melt metals. Eddy currents can be induced in metals by passing high voltage alternating electrical currents around them using a conductive coil. These furnaces are far more efficient than open hearth and cupola type furnaces, which use natural gas and combustible coke, respectively. Induction furnaces also have the benefit of being unchained to combustion as a whole – at no point does any material combust around the metal that is being melted, meaning that a higher level of purity can be achieved.

A casting mold is the shape into which molten metal is poured. Once that metal cools down, it can be removed from the cast in the inverse shape of the cavity. The simplest casting molds are those used to create ingots or ‘bars’ of pure metal. These are shaped like bread pans. Most casting molds contain more complex shapes, with some containing molding cores that prevent the ingress of molten metal into specific areas within the mold.

Many components that are made of cast metal need to have cavities – or spaces – within their structure. In order to create these cavities, metal shapes need to be inserted into the main casting mold in order to prevent the ingress of molten metal. These are known as molding cores and are usually suspended with thin core supports that can be ‘knocked out’ after the final cast has been made. 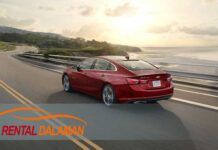 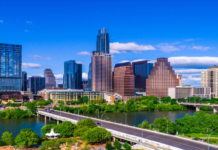 What Everyone Must Know About Drug Rehab Austin Tx? 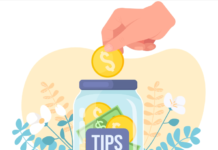 Having issues while using the Currency API to convert currencies

Ninja Creami Review : Is It Worth For You?

When Will Thor Thunder Be On Disney Plus {July} About Stranger Things!